How to write fanfiction

Fanfiction is a genre of fiction that pays homage to another piece of literature by adopting its settings or characters. If you have a strong interest in a certain literary setting, you can decide to write about some of its characters yourself, either expanding or completely rewriting the official plot. Even if fanfiction has a somewhat small and specialised readership, the people who read what you write will undoubtedly share your enthusiasm for the original work. Fanfiction is a creative and enjoyable method to show how much you adore something, and the options are almost endless.

Don’t start writing the fanfic if an individual feels under pressure to make it flawless, before even starting to write it. Fanfic is all about writing what an individual is interested in, whether that’s a particular coupling or a new conclusion to a series they adore, as opposed to producing original fiction, which can occasionally be motivated by success or money.

Consider fan fiction as a person’s creative sandbox where they can test out new concepts. Start with a storyline that intrigues them and expand from there rather than worrying about writing the best fanfic you possibly can. Write angst-filled tales if that’s what people enjoy. Write a fiction where they do if they like a certain coupling and wish they had connected in the canon.

Fanfiction always draws inspiration from an existing piece of art. Creating a story that enhances or otherwise changes preexisting fiction is essentially what it means. There are countless mediums from which one can select. Fanfiction has been written about a wide range of media, including books, movies, TV shows, video games, and just about anything else with a story to tell and a following of admirers. Selecting a fictitious setting should be based on personal affinity. Star Wars, Harry Potter, and several anime and manga series are popular candidates for fiction.

It is beneficial to establish some ground rules for yourself before an individual begins writing the fanfiction because the genre is so varied and open-ended. Will your story be short or long? While some fanfictions can reach book-length, most are usually only a few pages long. But there is also disagreement in the fandom as to how long the ideal fanfic should be. Topics are better suited to certain durations and styles than others. The length will ultimately be determined throughout the writing process, but it’s a good idea to have an idea of the potential breadth before they start putting the pieces together.

Fan fiction typically falls into two broad categories: alternate universes and in-universe stories (AU). Fan fiction that takes place in the same universe as the original story generally follows the same setting and plot. For instance, it might be a prequel or a story that follows people who aren’t given as much attention in the main story.

Fan fiction that takes place in an alternate reality examines several worlds or storylines for a fandom’s characters. This can take the form of fanfiction in which a character who perishes in the main narrative is brought back to life or an alternate universe in which everyone works at a coffee shop. If an individual wants more control over their plot or wants to use characters they already love in a whole new context, AU fanfics are a terrific option.

Read intensively on tropes and broaden your information

Readers can anticipate a story’s themes and plot points by using tropes. They can also serve as excellent plot elements or starting points for stories. One common fanfiction cliche is “hurt/comfort,” which refers to a story in which one character is depressed and another character (often a love interest) consoles them.

Check out this list of romance clichés for more examples, or familiarise yourself with the terms used in the fandom one intends to write for. There might be clichés that are particularly well-liked in that fanbase.

When writing the fanfic, a good outline can make all the difference. Knowing where one wants to go with your writing can reduce writer’s block and result in a more fluid final output, even though they may dismiss an outline as being too “work-like” for something that is ultimately meant to be fun. A common dramatic arc can be found in many works of fiction. It can be divided into these parts:

Choose the appropriate platform to publish the fan fiction

Fan fiction is currently primarily published on Archive of Our Own (AO3) and Wattpad. The simplicity of AO3’s design and tags, which make it simple to find fan fiction for a certain coupling or trope, are what make it so attractive. Being a non-profit sit, it is also completely free, albeit maintaining the website does require payments. 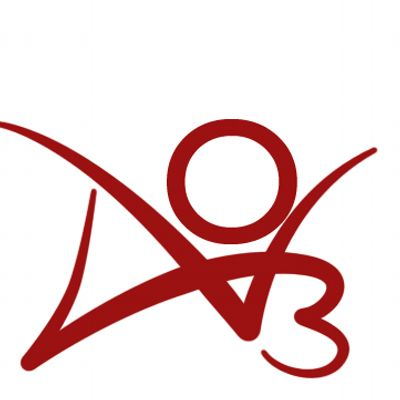 Archive of Our Own (AO3)

Wattpad encourages greater presentational creativity. For each story a person uploads, they may, for instance, create a cover image. Additionally, it’s more well-liked by authors of original fiction, which is advantageous if a writer writes both. Tags are used on Wattpad as well, but AO3 is more well-known for them.

Fan fiction has also been posted on Tumblr for the past ten years, albeit it has lost some of its appeals recently. Instead of uploading their AO3 fanfic directly to the website, Tumblr users frequently link to it. 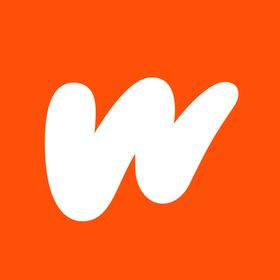 In the 2000s, FanFiction.Net enjoyed enormous popularity but is now less frequently utilised (partially because their site looks about the same as it did when it began in 1998). It has a sizable archive of fanfiction from recent years. It’s fantastic for reading works from fandoms that have been for a while, but it may not be the best way to attract new readers.

Include Tags to help others in finding it

After finishing a solitary piece of writing or the first chapter of a bigger project, publish it to the choice of your website and tag it with fandom, trope, and/or pairing terms. Finding a community of authors who are fans of the same fandoms as an individual is one of the most rewarding aspects of writing fanfiction. By using tags, a writer may arrange their work and make it easier for people to find their fan-fiction writings.

In general, viewers favour longer tales with frequent updates. After all, no one wants to spend their time in a narrative that will never be resolved. But as was already mentioned, this is all up to the writer. Go ahead and update every Tuesday if one wants to! Don’t feel obligated to continue writing, however, if they don’t have time for a rigid timetable or grow disinterested in a certain topic.

Do you need help in writing fan fiction? Get in touch with us for professional content writing for your requirements followed by a button. Learn More.

Powered by Powered by WordPress.com.WP Travel Magazine by WP Mag Plus